8 Overused Statements About the Gluten-Free Diet

There is no doubt that over the past few years, a lot more attention has come to the gluten-free diet. When I was first placed on the diet nearly 7 years ago, there was little public knowledge about the diet, what we can eat, and why we are on it. Fast-forward to now and we’re seeing a lot of media attention for gluten-free, a lot more larger companies making products that contain gluten-free ingredients, and a lot more people share that they’re on the gluten-free diet — for reasons other than just celiac disease and gluten-intolerance/allergy.

However, with the new eyes on the gluten-free diet and the many other reasons people give it a try, there are a lot of negative ways that can affect those already on the diet for documented medical reasons. I am not saying that those who don’t have celiac disease or a true gluten-intolerance/allergy should not give the diet a try, but the truth is — the diet has become known as a thing similar to the other “diet of the year” things like Atkins, Paleo, and the days of the fat-free diets.

With the sudden popularity and the idea that this diet is the latest new health/weight loss craze, there have been a lot of misunderstandings about the diet — especially how important it can be for those who need to medically be on the diet. With that, I have heard some pretty naive statements about gluten-free foods, the diet, and the importance for some that can be quite harmful and people make these statements too often:

1. “Gluten-free is so much healthier.”

While that’s totally true for those medically needing to be on a gluten-free diet, it’s not an accurate statement. If you’re on the diet for personal reasons, thinking that trading gluten cookies for gluten-free cookies is healthier, it’s not. Eating nothing but frozen, pre-prepared gluten-free foods and overloading on gluten-free treats, bread, and other goodies is not any better for you than the gluten counterparts — calorie, fat, & nutrition-wise.

2. “It’s jut a nuisance to the waiters and cooking staff.”

I’ve heard this one said a lot — that people who eat gluten-free are just being picky and annoying and making things harder for the sake of it. People equate it to eating vegan by choice and while it’s true that many eat gluten-free by choice, there are a LOT of people who stick to the diet as a medical necessity. The dangers of this one is, when I order at a restaurant and ask for gluten-free — they could treat my medically-necessary diet as someone who is just being picky and annoying and treat the safety of my meal as such.

3. “Surely, it can’t be that bad.”
(in relation to the reactions you have when you consume gluten)

It seem,s for some people, no matter how often I tell them that the affects of eating gluten go beyond a simple stomach ache that lasts at most a couple of hours, they don’t seem to understand the real truths about how it can affect my body — short term and long term. It really can be that bad and needs to be treated by others as such.

There are a lot of people who seem to think everyone on a gluten-free diet is on one by choice, which is not true. Sure, maybe it’s a little inconvenient for someone preparing food, but truthfully, if it feels that way to you — don’t say you’re willing to prepare safe gluten-free food. Give me a bread crumb, yes one of them, and I will find out in 20 minutes and live with that for weeks or months.

It’s only become a fad because there are a lot of people who believe the diet alone is healthier and is the next quick weight loss trick. Naturally gluten-free foods have never been a fad and never will because it’s what I believe we’re designed to eat.

I am all for people doing what they need to feel healthier and taking charge of their diets, but so often I hear this in response to wanting to lose weight or thinking there may be an issue. First thing: if you think you’ve got celiac disease or gluten allergy — get tested before going on a gluten-free diet. When on the diet, a test for either will be falsely negative with no gluten in your system. Also, if you’re going gluten-free for any reason hoping to feel better, you can’t just half-ass it and cheat. It won’t work, you won’t feel better. Also, the gluten-free diet is not a quick-weight loss solution!

8. “Well, just take the (enter anything here like croutons, bread, etc) off and eat it.”

Would you tell someone with an allergy to peanuts, strawberries, or tree nuts to just take off the allergy-containing food? Probably not, yet people often think that’s okay when it comes to a gluten-free diet. I went to a restaurant once and asked for no croutons on the salad because I have celiac disease. They came out with a salad with croutons on it and I asked for a new one. They brought it back out and told me they picked out the croutons — guess what, that will still make me sick — as bad as if the croutons were still on there. We can’t just lick off the frosting on a cupcake, pick off the croutons, or take the bun off the burger because, like I said before, most of those on a gluten-free diet by necessity, can get quite sick from a crumb.

:: What things are you tired of hearing from the general public about the gluten-free diet?:: 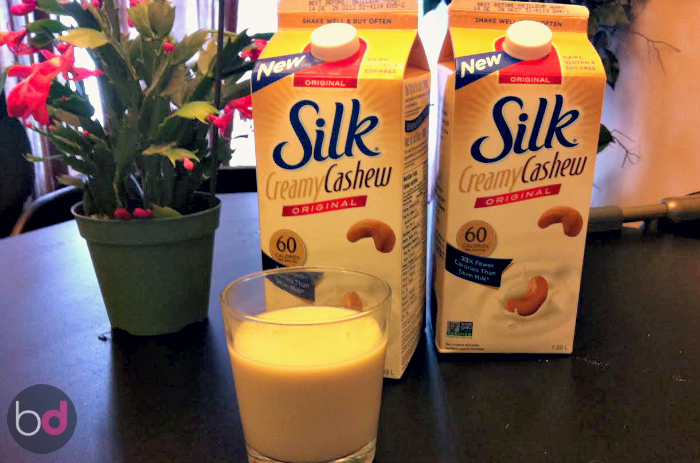